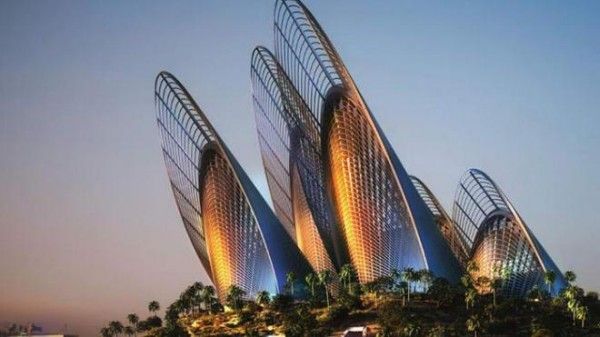 Explore popular tourist places in Abu Dhabi day trip from dubai. Grab the deals on tour packages at lowest rates. Abu Dhabi is a very popular destination for tourists who come from different parts of the world.

Abu Dhabi, famous for its glitz and glamour, is the capital of the UAE, but in most cases, its neighbor Dubai has overshadowed it. However, it can always be a much cheaper place than Dubai. It could be a good option to stay there, or plan a city tour to it from Dubai, which is just one hour by road. It is also a secure area, and although the official language is Arabic, English is commonly spoken since there is a large community of expats.

The best thing regarding Abu Dhabi is that you can pick from such a large collection of hotels. However, before you begin looking for hotels, assess your spending. In Abu Dhabi, hotel rates differ widely, but there are some decent offers you can find. Dream about living on modern Yas Island (like the exclusive and very moderately priced Yas Hotel). Or else if you want a glimpse of the Grand Mosque you may find it at the more luxurious hotels in Ritz Carlton and Shangri-La.

The colder season from October till April would be the best time to visit the city of Abu Dhabi. That’s when the climate is at its most comfortable and when Abu Dhabi is visited by most travelers.

It is uncomfortably hot between May and September, as mercury crosses over 40 degrees centigrade (105 degrees F) on a regular basis. In the heat, the UAE becomes hot and humid, and it is quite difficult to tolerate exterior temperatures despite considering the outstanding air conditioning.

The spots that you must cover on your visit are covered below:

Sheikh Zayed Mosque is by far Abu Dhabi’s most popular tourist destination and for good cause – it is brilliant! Many people think of this to be the most magnificent mosque in the world with its white stone walls, eighty-two richly designed domes, and reflecting pools in the yard.

It is one of the biggest mosques in the world (it can accommodate a whooping 40,000 people inside). It holds the biggest carpet and 3rd largest chandelier in the world (decorated with Swarovski crystals)! The cost of the building was half a billion US dollars.

Without a safari into the sandy dunes of the desert, no trip to Abu Dhabi is fully complete! It is lesser than one hour away and is a truly enjoyable experience. You can do the safari trips in the morning or evening, or even camp in the desert overnight!

The most famous one is the evening safari. It generally lasts from 3 to 9 pm as tourists get to see the magical sun setting in the desert. It entails picking up and dropping off from and to the hotel. There’s dune smashing, riding a camel, feeding a falcon (which is the UAE’s national bird). After that, comes a barbecue-style buffet along with a performance of the famous Arabian belly dancing at a Bedouin-style campsite in the desert. It is a unique and thrilling experience and you certainly should not leave Abu Dhabi without experiencing this activity.

Many travel agencies sell great desert safaris for fair prices. Several of them are available right now, including overnight stays and day packages.

It’s certainly worth checking out the amazing Louvre Abu Dhabi, which is on Saadiyat Island, just a ten minutes drive from central Abu Dhabi, even though you’re not into galleries. The Louvre Abu Dhabi, launched in 2017, is the 1st of its type to operate out of France.

A marvel is the house itself- the ceiling is built out of metal and appears something like a celestial pyramid! In the brickwork, natural sunlight penetrates and produces an exquisite effect throughout. From ancient times to the present, the specimens here are remarkable and contain cultures from all over the earth. They even highlight da Vinci, Van Gogh, and Monet’s paintings.

When you go, please ensure to check the opening hours. Note: It is closed on Mondays. The entry fee is 63 dirhams (USD 17).

The most famous hotel in Abu Dhabi is the Emirates Palace. Both on the exterior and the inside, this lavish and elegant hotel is magnificent. But it is too costly for most tourists to stay at since even the low-end rooms start at USD 560 per night. However, to take a look around the place and drink in the grandiosity and elegance of gold and marble, you can tour the Palace without any charges.

While you are in Abu Dhabi, a stroll along the Corniche (seafront) is an absolute must. It spreads across the coastline for 8 km, but the famous part is throughout the area of Family/Corniche Beach, which is only a few minutes of walking from the Emirates Palace.

A thirty-minute ride from central Abu Dhabi would take you to Yas Island. It provides a whole array of events. There are enough amusement parks to hold you occupied for long! That includes Warner Brothers World, Yas Waterworld, and Ferrari World. While the latter boasts the fastest roller-coaster ride on the planet, hitting 240 kilometers per hour, the Warner Brothers World has the biggest enclosed amusement park on the globe.

You can travel to the Eastern Mangrove forests for some paddle-boarding or canoeing. It would be fresh and keep you in condition on your journey to Abu Dhabi. The organic mangrove forest is truly lovely and hosts a range of aquatic species.

Here, it is very quiet, surely a world away from the fast-paced Abu Dhabi! The cost per individual is 140 dirhams for two hours of paddle-boarding.

About two hundred islands make up Abu Dhabi, but the best place to see the capital is from the sea! Jalboot is doing a genuinely wonderful Abu Dhabi boat guided tour. It encompasses Abu Dhabi’s best places, from the stunning landscape of central Abu Dhabi to the Palace of the Emirates, past the Grand Mosque, and right down to Yas Marina.

Abu Dhabi has developed into a quite popular tourist destination thanks to the stunning development of real estate here. Most passport holders are given a free visa on entry to the UAE, which makes more people stopover in the city.

Thus, one must visit the above mentioned places when visiting Abu Dhabi.